A healthy turnout for Milanda's annual night out and awards evening. A horrendous array of bad shirts were on show as the theme of the evening and only a few opted out of embarrassing themselves by adorning themselves with something that would be more at home in Hyssie's wardrobe.

For the record those that made the long trip to O'Neills in the Merchant City were, Brian, Jim, Craw, Dave O'Neill, Ross, Adda, Ginger, Scott Grant, Scouse, Hyssie, Stuart MacKenzie, Andy Scott, the webmaster and the boss along with his son, and cup final camera man Ian.

The presentations for the nights awards were carried out in the courtyard outside O'Neills much to the amusement of passers by who were startled by the shirts.

There were 4 awards this season

Goal of the season and the most important award of the evening - Kevin Williamson for the 3rd goal in the away game against Andrew Watt.

Once the awards were made Brain Dunn then presented Alan with a new phone and some vouchers on behalf of the team for all his hard work and shouting at Adda during the season. 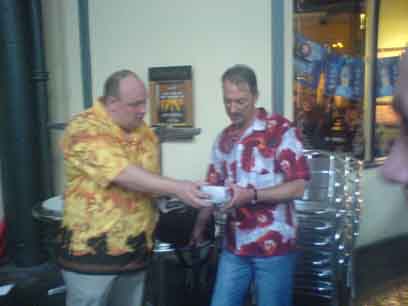 Once the formailties were over Alan dished out the (in)famous Milanda Mercury.

The final award of the evening was for worst shirt. The webmaster was given the onerous task of donning shades and comparing the delights on show.

In second place was this beauty from Captain Dunn.. 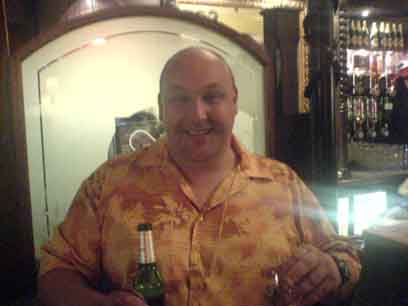 but the winner was Dave Crawford for this. 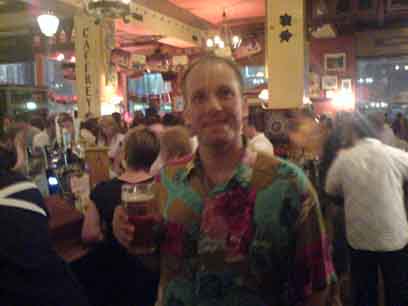 The rest of the evening involved discussions on tactics and training regimes for the new season and the possibility of getting new strips.

An increasingly drunken webmaster attempted to take some more photos on his phone as the evening progressed. 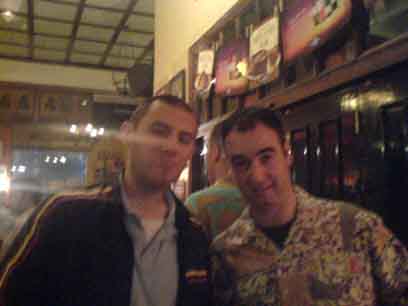 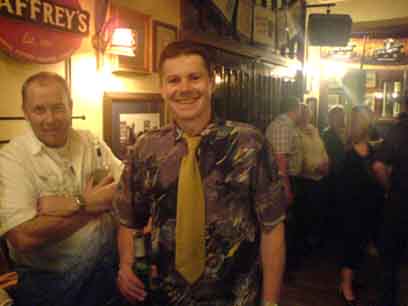 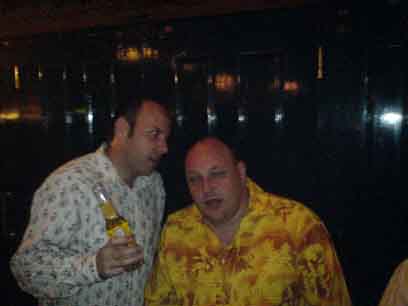 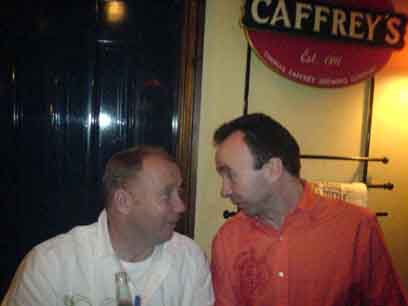 A good night had by all.

A few other photos of the evening. 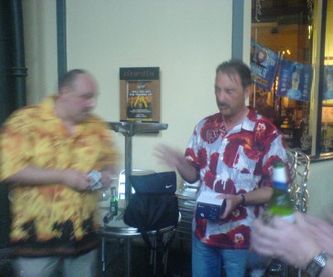 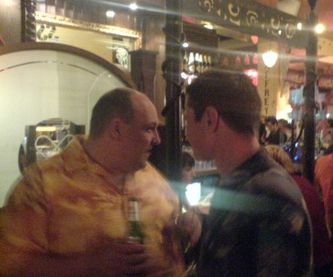 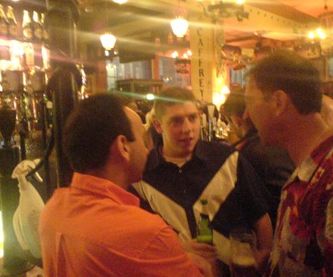 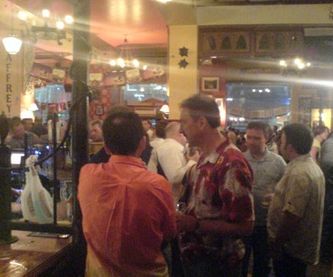 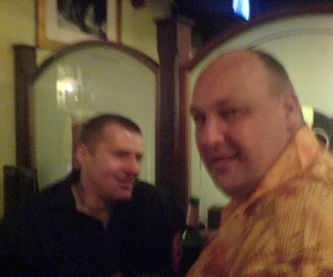 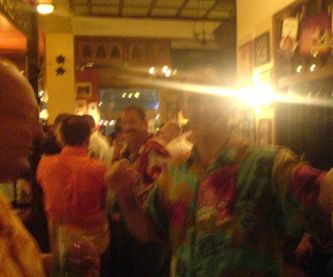 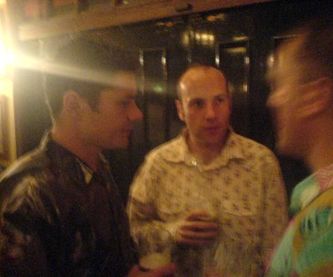 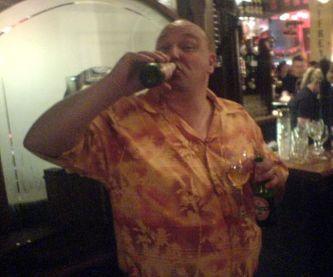 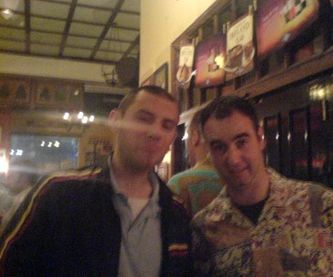 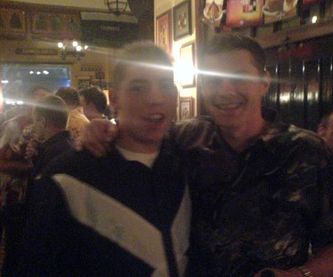 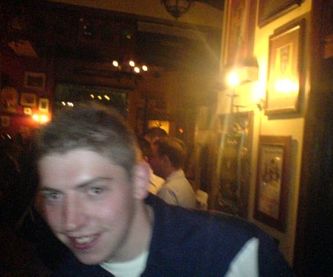 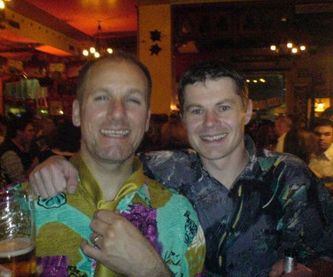 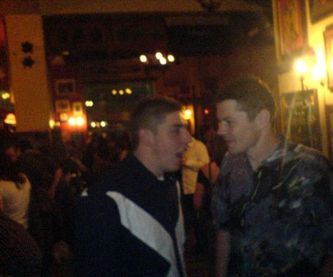 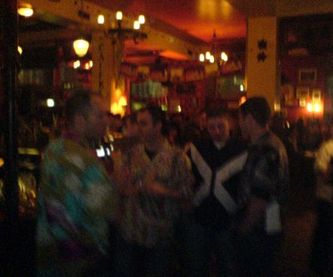 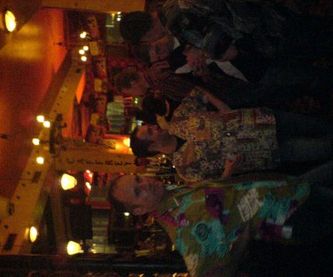 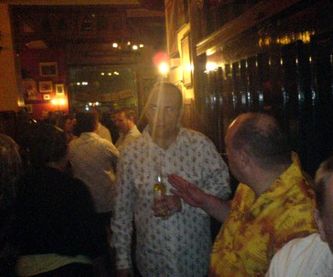 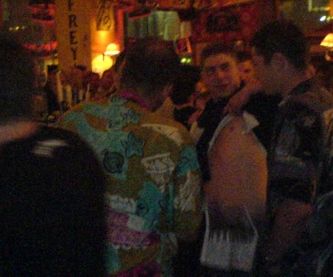 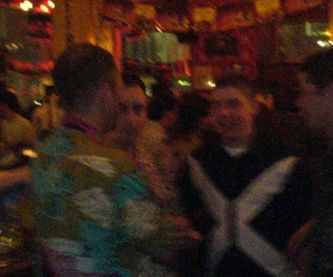 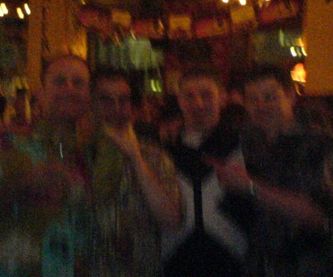 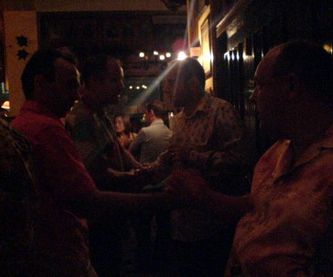