First award of the day was for goal of the season and the recipient was John Wilkie for his Beckhamesque effort from his own half against Renfrew Town in the last game of the season. 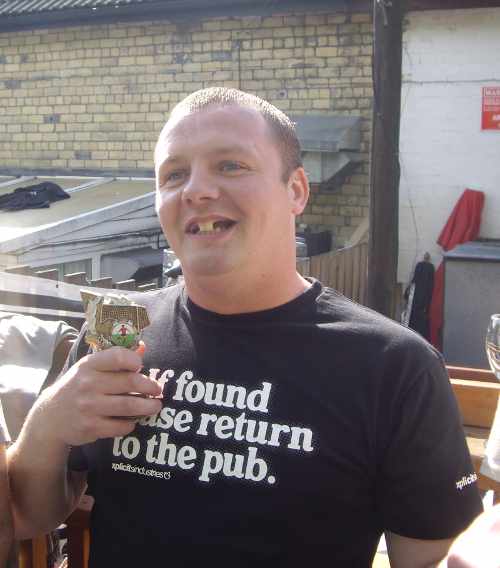 Next up was the award for Top Goalscorer and for the third season in a row Martin Johnstone took the award with 15 goals, seven clear of Gerry Evans and Martin Coyle who demanded a recount and tried to claim the own goal from the Bellahouston game. 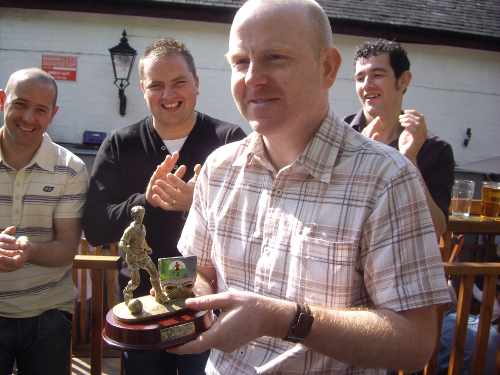 Dave O'Neill then recieved an award for not scoring any own goals this season although Alan saved his blushes by naming it the Manager's Award. The webmaster wouldn't like to comment on the the significance of the award falling apart. 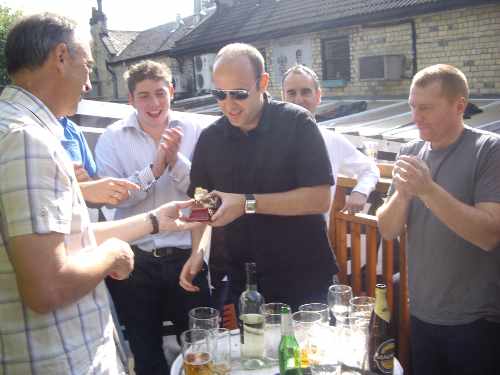 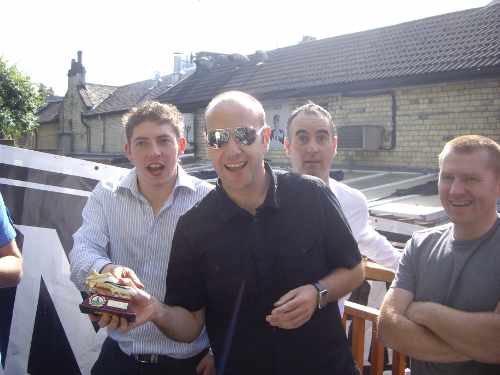 Andy Scott clearly can't believe that Dave got an award.

The penultimate award was for the website Player of the Year which went to Kevin Grehan who like many before had an outstanding first season with Milanda but can expect it all to go downhill from here on in. Kevin wasn't in attendance to collect his award and Coyle stole accepted it on his behalf. Good luck in getting that one back Kev.

Then it was onto the big one. The Milanda Player's Player of the year and the chance to get your name on the famous Milanda tankard and for the 2nd time and collecting his 2nd award for the day was Martin Johnstone who took the honour ahead of Kevin Grehan, Scott Preston and Craig Fawns. Any of those three would have been worthy winners along with Martin who often ploughed a lone furrow as Milanda adopted a new formation. Congratulations to Martin. 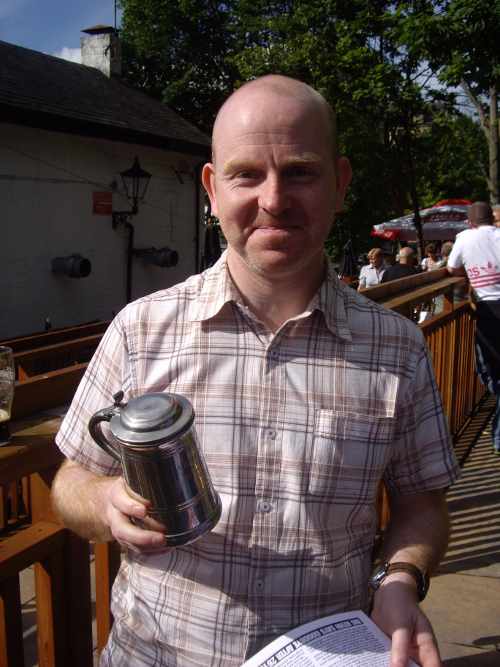 The webmaster would just like to point out he got more votes than Coyle in the Player of the Year. Might have been the sympathy vote but it did make him very happy.